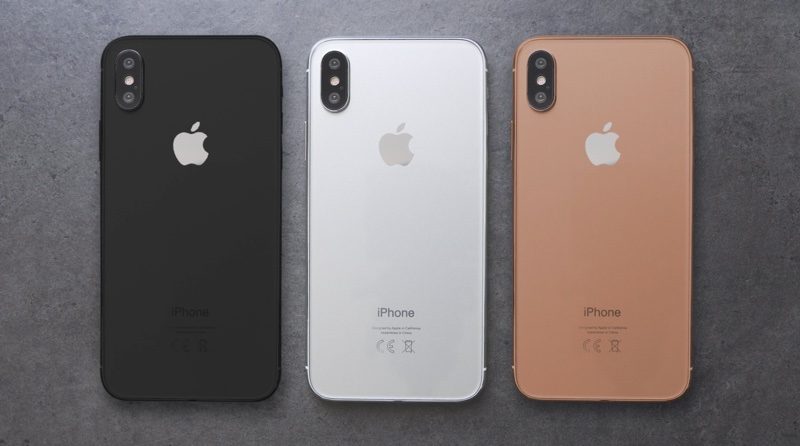 If the rumours are to be believed, Apple are unveiling not one, not two but three new iPhones at their event later on today and, like every year, we already have an idea of what to expect.

On Saturday Apple suffered a major leak – we use ‘suffered’ lightly in respect of all the actual suffering that’s going on right now. Features of their new products have been revealed and we are all waiting with baited breath to see if the rumours are right.

What Can We Expect?

We’re expecting 3 iPhones, the iPhone 8, iPhone 8 Plus and the iPhone X – a model released in honour of the iPhone’s tenth anniversary. There’s also likely to be a few AirPod and Apple Watch announcements, as well as more detail on the widely anticipated iOS 11.

For any Great British Bake Off fans out there, we find it amusing to think of Apple’s general hardware announcements as the Signature Dish, the iOS 11 reveal as the Technical Challenge, and the iPhone X as the Showstopper. To anyone who doesn’t appreciate totally random and arguably irrelevant references to the GBBO, we can only apologise – and politely ask you to leave.

Baking aside, let’s take a look at what we can X-pect from the the iPhone X:

Let’s get the bad news out of the way first. The iPhone X is expected to cost somewhere in the region of $1000. Due to the diabolical performance of the pound, Brits can expect to pay around £1000 for the device – which is a mere 300 Starbucks coffees (other coffee chains available). We reckon it’s doable.

Further leaks indicate the iPhone X will come in white, black and copper, and gold – albeit a different shade of gold to previous models.

Rumours suggest the iPhone X’s screen will cover the entire front of the phone – a 5.8 inch edge-to-edge display. If true, this design will allow the iPhone X to stay the size of the more manageable iPhone 7, but with a screen the size of the 7 Plus. We’re definitely on board with this one.

The generally reliable home button has been a feature of the iPhone since its first launch, but it seems the company might be abandoning it all together. Fingerprint technology (Touch ID) may well be integrated into the phone screen itself or other leaks suggest we may be treated to a virtual home button.

We knew it wouldn’t be long before facial recognition software became the norm, and we’re excited to see how Apple integrate it into their products. Rumours suggest that an infrared scanner could use facial recognition to unlock the iPhone X in ‘millionths of a second’. Crikey.

Other indications are that the software will be able to ascertain what users are looking at, muting notification sounds if necessary.

One announcement that is sure to make our developers a little bit chirpier is the official unveiling of iOS 11 – with a confirmation of an official launch date. New features include peer-to-peer Apple Pay, a ‘Do Not Disturb’ while driving mode, and an emergency SOS option to lock out thieves. Read more about iOS 11 in this post

Us Brits need to wait until 6pm today to get a taste of the action. Apple’s event starts at 10am Eastern Time, at their new Apple Park headquarters. Tech Crunch will be doing a live stream or you can follow along on Twitter.

Let us know what you think of the event and all the new announcements by sending us a tweet.