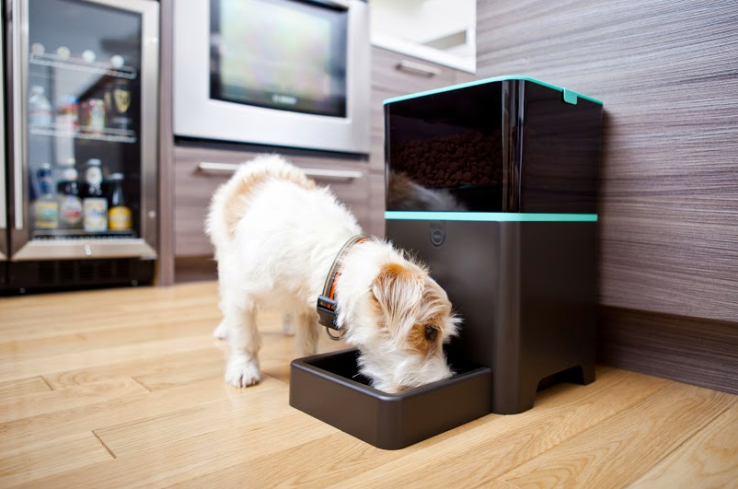 The Friday afternoon slump is hitting Borne Digital HQ hard, so whilst guzzling down sweets we have put together a little list of all the techie things you should know about this week. Including unexpected Facebook results, Pokémon GO (of course) and some very hungry pets…

So let’s dive in, catch up on all the important news, then crack on with some Friday night bevvies.

Pokémon GO have all been caught!

There’s always that one person who ruins it for everyone.

A man is claiming he has caught all the Pokémon in the UK after spending ‘pretty much every waking hour’ on the app since it’s launch.

We’re not sure this is something to be particularly proud of, but each to their own.

Sam Clark, 33, posted a video showing the 143 captured Pokémon and has revealed he has lost more than two stone in weight. Forget Atkins or Weight Watchers, evidently all you need to do to lose weight is to abandon the entire concept of a social life and storm the Great British high street searching for virtual reality characters.

He caught the final Pokémon, a Lapras, ’round the back of Primark’. Classy.

Clark claimed Pokémon GO is a game he’s been waiting for ‘for 20 years’. He says it has brought communities together as ‘everyone smiles and waves’ when they see others catching Pokémon.

I think the question on everybody’s lips is, what the hell is he going to do now?

Apple revealed on Wednesday that, nine years after the iPhone’s debut they have now sold 1 billion iPhones.

At a meeting in the Apple headquarters, Chief Executive Tim Cook told employees that the iPhone has become ‘more than a constant companion’. It has become ‘an essential part of our daily life and enables much of what we do throughout the day’. Although I hate to admit it, he has a point.

However Apple are actually slowing down in their quest to take over the tech world as despite reaching the billion sales milestone, they have reported a 14% decrease in revenue.

Despite the decline in personal content sharing and it’s desperate attempts to win over those of us who have realised Snapchat is better (you can read all about that here), Facebook’s profit is up 186% from this time last year, beating expected revenue of $5.8 billion with a whopping 6.4 billion.

Zuckerberg said he was particularly pleased with progress in video as ‘we move towards a world where video is at the heart of all our services’. Good for you Mark, I hope you’re feeling adequately smug.

Shares rose nearly 7% after in-hours trading, and the platform looks set to grown even bigger with it’s great response to video. Facebook are encouraging companies to experiment with video advertising, after mobile advertising made up 84% of the company’s ad revenue. The number of monthly users has also increased by 15% to 1.71 billion.

Analysts say the platform shouldn’t get too comfortable though, as rivals Snapchat has a rapidly growing user base. Although here’s a fun fact: Facebook now has as many users as were alive 100 years ago.

There have been a few hungry pets this week after PetNet malfunctioned during a server outage. Luckily for PetNet, it’s not like feeding our pets is important or anything.

PetNet is the world’s ‘first intelligent pet feeder that will program itself around your life and the wellness of your pet’. The device links to a smartphone app so that users can feed their pets when they aren’t even at home.

During the malfunction, the company emailed customers and posted to Twitter saying, ‘we are experiencing difficulty with one of our third party servers…please ensure your pets have been fed manually’.

Of course, it’s late July, meaning many people are on holiday and are actually relying on their $150 pet feeder.

The lesson? There are some things we should never trust technology to do, and feeding our pets is one of them,

Unlike the recent success of Facebook, Twitter has reported it’s slowest quarterly sales growth in three years. Revenue was up just 20%, as opposed to this time last year when it rose 61%. The stock fell by 9% after the results.

Twitter has been increasing efforts to attract users, battling off rivals Snapchat and Instagram, but it seems with little success.

In Twitter’s history it has never actually produced a profit, and since the return of Mr Dorsey, one of the company’s co-founders, they have added just 9 million monthly active users.

And finally, today marks the last day that users can get a free Windows 10 upgrade, so get in quick.

Users who miss out will have to pay £91 for the upgrade, or for the professional version, £151.

Microsoft has been accused of some pretty dodgy tactics in the past, changing the pop up box so that when users clicked ‘shut down’, the upgrade was scheduled instead of rejected.

They were swiftly put in their place however, after the Californian woman successfully sued the company, claiming the automatic update rendered her computer unusable. I’m sure Microsoft didn’t lose any sleep over it but it certainly made us feel smug.