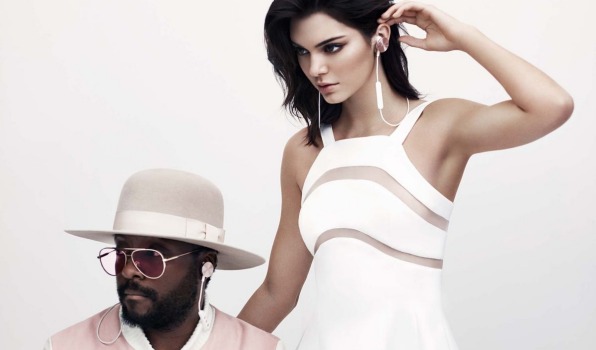 Halloween is over which means it’s time to dust off our Christmas jumpers, blast Mariah Carey and cover ourselves with glitter.

Here’s our tech news of the week to skim through before diving head first into your first mince pie and mulled wine of the season. Go on, you’ve earned it.

After U2 forced their album onto everyone’s iTunes the general public haven’t responded well to celebrities turning to tech. So when the news reached us this week that Black Eyed Peas’ frontman Will.i.am would be launching headphones we were initially sceptical.

The headphones are presented as a fashion accessory meets wireless headphones. They are called Buttons which, although something you might name your pet rabbit, we find surprisingly endearing.

Will.i.am is confident that these aren’t the sort of headphones ‘you buy and put in your pocket’. Instead, they are magnetised, meaning the headphones can be connected around your neck like a fancy techie necklace. Although we weren’t keen to begin with, we are officially converted. The headphones are fashionable, have a good sound quality and unlike Apple’s Airpords, don’t make you look like you have electric toothbrush heads hanging from your ears.

With Kylie Jenner in on the action, I Gotta Feeling these are going to go down very well indeed (sorry).

This week Apple have launched the newest Macbook Pro which has a new design, updated processors and a new touchbar.

The price of the new Macbook Pros range from £1,449 to £2,699. Understandably, the extortionate prices have frustrated a number of Apple users, as, let’s face it, it’s a daylight robbery and there are far more important things you could spend your hard-earned cash on.

Apple were critizied earlier in the year for removing the headphone jack from the iPhone 7 (a move that we still question on an hourly basis) and this new move opens up a whole new can of worms. Mainly because people cannot connect their new Lightening headphones to the machines.

Marketing chief Phil Schiller’s excuse was that ‘many users have set-ups with studio monitors, amps and other pro audio gear that do not have wireless solutions and need the 3.5mm jack’. I don’t know about you but that sounds like a cop out to me.

For a full breakdown of the Macbook Pro’s new features, check out Techradar’s review

If there’s one things mobile app developers love, it’s a redesign. Especially when it’s a company like Uber.

CEO Travis Kalanick said the company needed ‘a new system to deal with the growing set of features that were sort of piling up in an older design’. Well Travis, you can say that again.

Like the back seats of a 2013 Toyota Prius, the app was starting to feel a bit tired. The completely new design brings the app’s feel in line with their February rebrand (the logo was also slightly adjusted in this release – thank the logo gods). Uber finally has it’s identity back and we love it.

Facebook have warned that growth in ad revenues will slow ‘meaningfully’ in the coming months in order to avoid alienating users. Chief financial officer David Wehner said there was a limit on the number of ads it could put on peoples timelines.

Whilst mobile adverts currently account for 84% of the company’s revenue, analysts are now saying Facebook will need to find other ways to make money.

The social media giants have gotten themselves into hot water recently after they were forced to apologize for removing certain content, the most recent a breast cancer awareness video which the company deemed ‘offensive’.

It is expected that Facebook may charge advertisers higher prices, although they are also trialling a few other ways to make money such as opening a marketplace similar to eBay and allowing companies to integrate their brand’s chatbot into it’s messenger app.