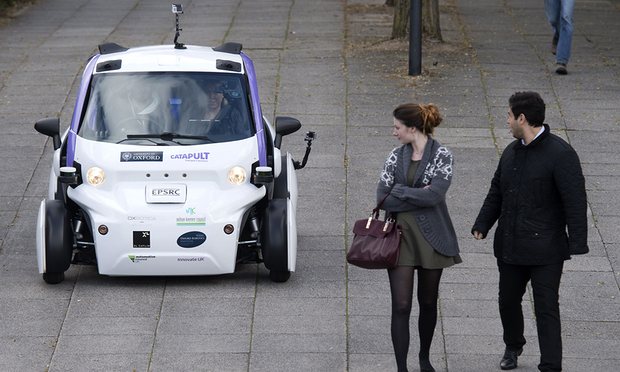 It’s been a fairly quiet week in the world of tech with just a few big news stories dominating our Twitter feed. At Borne Digital HQ we are struggling with the fact that although winter has struck the UK with a vengeance, the central line remains hotter than the sun. Our app developers have no idea how to dress for the weather and the result is a mix of shorts, winter coats and turtle neck jumpers. It’s not a great sight but if you fancy a laugh (or have an upcoming project you want to discuss) then get in touch.

Here’s the four biggest tech news stories of the week.

Driverless car tested for the first time in the UK

A driverless car has been publicly tested for the first time in Milton Keynes, a UK city in which, fun fact, no one is ever more than half a mile from a park.

The two-seater driverless car travelled in a 1km loop on the pedestrian areas around the town’s railway station. The car reached speeds of up to 15mph which I can assure you, is faster than a large number of the UK’s population would dare to go in a pedestrianised area. There was also a driver on board to take over in case of an emergency. Whilst this little venture isn’t exactly navigating central London during rush hour, the experiment is to be seen as ‘a landmark step’ towards bringing self-driving vehicles to the UK.

There is still a lot of work to do in getting the public to trust driverless cars but this is a great start, so gets the seal of approval from Borne.

The biggest news of the week and probably the month is that Samsung have halted production of the Galaxy Note 7, costing the South Korean company not only $4.4bn but also their pride.

The Note 7 launched in August and was originally meant to compete with Apple’s iPhone 7. Many people had high hopes for the smartphone as it had something the iPhone 7 didn’t. That’s right, a headphone jack.

However it started to go pear-shaped soon after launch, with reports of exploding smartphones. After two recalls, the product was finally cancelled, and will rival the iPhone 7 no more.

The events have caused experts to question the competency of the company and the pressure is on for their next smartphone.

Rumour has it that Apple on the other hand, have had a great week.

SoftBank and Saudi Arabia’s sovereign wealth fund are preparing to launch one of the largest tech investment funds in the world. The fund will manage as much as $100bn and has been dubbed the ‘SoftBank Vision Fund’.

Luckily for us Brits, it’ll be based in London and seeded with $25bn from SoftBank and up to $45bn from Saudi Arabia’s sovereign wealth fund over the next five years. They did not say whether it would focus on start-ups or more developed tech companies, but watch this space!

Now this is a news story we like to see! The world’s first commercial regular drone delivery service is beginning drop-offs in Rwanda.

The US start-up running the project is called Zipline, comprised of engineers who formerly worked at Space X, Google, Lockheed Martin and other tech companies. So it’s safe to say they’re an intelligent bunch.

The drones will initially deliver blood, plasma, and coagulants to hospitals across the country, cutting the waiting times drastically. They will be paid for by Rwanda’s health department on a per delivery basis.

Whilst there are a number of security issues with using drones throughout Africa, it’s great to see the drones being used for good.

We’re sure it won’t be long before they start dropping off our Deliveroo orders.