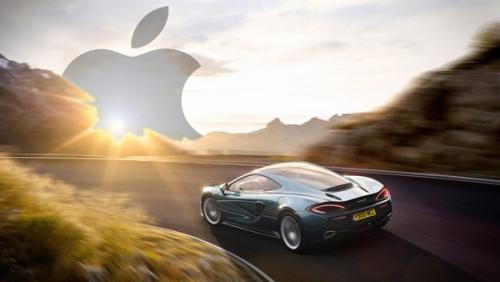 It’s been a monster of a week for us app developers, with breaking news popping up left, right and centre.

So settle down with a cup of tea, and catch up on our quick roundup of the four biggest tech news stories of the week (after much deliberation I decided that Mary Berry leaving The Great British Bake Off probably doesn’t count as ‘tech news’).

Perhaps the biggest piece of tech news this week, or possibly even this month, is that ‘state-sponsored’ hackers have stolen information from around 500 million users.

This is the largest publicly disclosed cyber-breach in history, and people are freaking out big-time (understandable).

The hack took place in 2014 yet has only just been made public today. The data stolen includes names, email addresses, phone numbers and passwords, although Yahoo has said that the hackers did not take users credit card data. Just everything else then.

The country responsible for the hack has not been named and Yahoo are recommending that all users change their passwords.

Word on the street is that Apple are in talks to buy supercar creators McLaren for £1.5bn. Their interest in McLaren Technology Group further highlights their possible plans to get their foot in the door of self-driving cars.

McLaren denied that they were having talks, confirming that ‘McLaren is not in discussion with Apple in respect of any potential investment’. We’re all ignoring that statement of course.

The response to this potential collaboration is generally positive. Whilst Apple are rumoured to be working on a driverless car, many techies have been hired then fired, sparking rumours that Apple are struggling to find the right people. We can’t wait to see how this unfolds.

Tech companies are beginning to turn towards health more and more. Google is currently working with the NHS, and Microsoft intends to ‘solve’ cancer using Artificial Intelligence tools. Now Facebook founder Mark Zuckerberg wants in on the action.

It’s always nice to see billionaires doing good things with their money, and at a press conference in San Francisco, Mark Zuckerberg and his wife Priscilla Chan pledged $3bn to fund medical research, saying their ultimate goal is to ‘cure, prevent or manage all diseases by the end of the century’.

Zuckerberg claimed that 50 times more money is spent on treating sick people, as opposed to preventing the diseases making them sick in the first place. They will be using their new research centre, the Biohub to focus on two projects, the first, a ‘map’ describing the different types of cells that control organs and the second, the Infectious Disease Initiative which will develop vaccines to tackle HIV, Ebola and Zika.

Zuckerberg’s prediction was that by 2100, the average life expectancy would be over 100. Watch this space.

We thought we had all the communication bases covered, with WhatsApp, Facebook Messenger, Snapchat, Instagram and Slack constantly pinging from our pocket (kidding – app developers don’t have friends), but Google’s latest messenger app Allo has arrived, and it’s not without controversy.

Allo allows users to chat, exchange images and stickers in both individual and group chats, which sounds a lot like…well every other messenger app out there. But there is a quirky new feature: message font size can be changed to imply a ‘shout or whisper’. Truly groundbreaking.

Whilst it’s great to have yet another messenger app to further diminish our face-to-face communication skills, we do wish Google had given us something a bit more…exciting.

Google have landed in hot water with their new app after backtracking on their promise to store data for only a short time. They have also failed to employ end-to-end encryption meaning conversations are not secure. Although Google tried to reassure users that this is a good thing, as the app can suggest replies, web searches results and upcoming events, users remain sceptical.