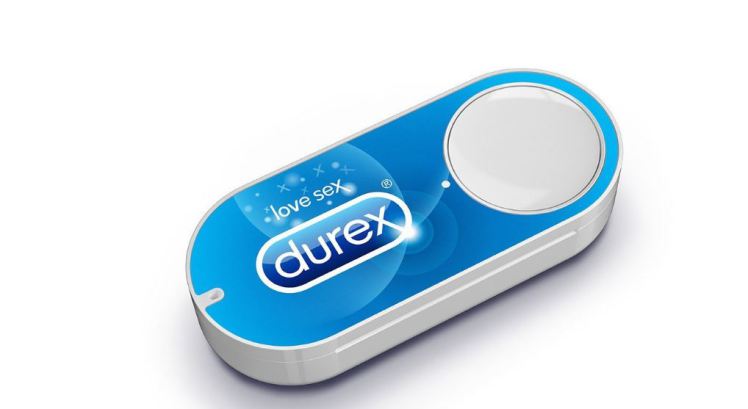 Well Friday has swung around again and it’s been a busy week. Alongside trying to ignore the fact that it’s practically 2017, the arrival of September means it’s time for some changes at Borne Digital HQ.

Our iOS and Android designer James is leaving us to go up North and despite spending every night this week sobbing into our pillows, we still managed to replace him with Cristiano, Borne’s newest recruit. To see an exceptionally awkward photo of James officially ‘handing over the mouse’ to Cristiano (not sure why we decided this should be a thing), have a look at our Twitter

Well that’s enough about us, here’s our top tech news of the week neatly summed up so you don’t have to exhaust yourself trawling through actual news sites.

Amazon Dash comes to the UK

The most controversial news to reach our Twitter newsfeed this week is that Amazon Dash has launched in the UK. The technology has been met with a generally less-than-positive response from the masses and our usual impartialness (yeah, right!) is reaching breaking point with the launch of this new gadget.

Amazon UK customers will soon be able to press a button when they run out of ‘household essentials’, such as toilet paper, washing powder or condoms. Sorry did someone just say condoms? The idea is that you stick the little widgets next to your toilet, washing machine or, ahem, bed and press to re-order when you notice that supplies are running low.

We’ll be honest here, we are far from convinced, simply because anything that makes spending money as easy as pushing a button whilst sitting on the toilet is not the road to a healthy bank balance. But some people seem to think it’s the best thing since sliced bread, and we’re sure it won’t be long before they will be ordering sliced bread, milk and hair products every week using the new technology. All arrive separately in carbon dioxide emitting, road-clogging delivery vans of course.

Love it or hate it, I think we can all agree that Amazon Dash is yet another piece of technology that will continue to make whole generations lazier and lazier, under the masquerade of ‘convenience’.

It’s all kicking off over at BT HQ.

The company have revealed they will be taking legal action against the gaming platform Valve, claiming that it has been using it’s technologies without permission.

BT said they have tried to contact Valve on ‘multiple occasions’ yet have received no reply.

Whilst we’re all for BT’ protecting their investments, they don’t have a great track record when it comes to suing.

In 2002, BT unsuccessfully tried to sue American internet provider Prodigy, saying that it had invented hyperlinks and was owed royalties. They also tried to sue Google (ambitious) in 2011 over patent infringement, although Google struck back two years later.

However, the Republic of Ireland’s cabinet have agreed to appeal against the ruling, stating that they ‘disagree profoundly’. Apple chief executive Tim Cook stated that he was ‘very confident’ that the ruling would be overturned, referring to the result as ‘maddening’ and ‘political’. Apple also argued that the decision will have a ‘profound and harmful effect on investment and job creation in Europe’.

It’s a tech giant versus a continent and we can’t wait to see what happens next.

Samsung are recalling their flagship Galaxy Note 7 Smartphone, after it was revealed that battery problems were behind the phones catching fire and ‘exploding’. If that’s not a health and safety concern we don’t know what is.

Reports in the US and South Korea suggested that the phone was exploding during or after charging and pictures of severely damaged phones were shared on social media and YouTube. There are no reports of any injuries which if you ask us, is a miracle because we tend to keep our phones as close to our bodies as possible.

Customers who have already bought the Galaxy Note 7 will be able to swap it for a new one. Just as long as they don’t switch to iPhones, right Samsung?

Samsung’s stock plunged by $7bn over Wednesday and Thursday, barely a week after the smartphones launched.

Once again, our app development team are feeling glad that we all own iPhones. *smug faces all round*