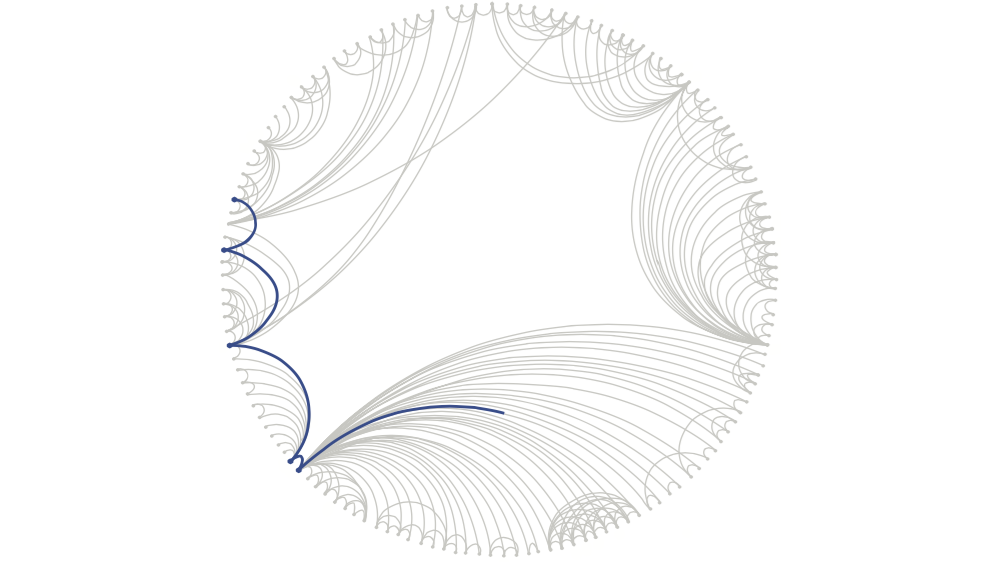 Feb 09 - 2min readSix Degrees of Separation? Not according to FacebookBy Borne

The term ‘Six Degrees of Separation’ is a popular term used to describe the ‘small world theory’. The popular theory goes that any person is connected to any other person through a chain of acquaintances no greater than 6 people. The theory itself was researched throughout the 20th Century both mathematically and sociologically before it became popularised in a play and then reached the wider social consciousness.

It is a charming idea which makes the wide world seem that little bit smaller until Facebook joined the party and discovered that, when the Social Network is concerned at least, six degrees is in fact three and a half.

Facebook ran a similar study back in 2011 when there were around 721 million active users on the network worldwide. The figures then showed that the Facebook degrees of separation was around 3.74. Fast forward a few years and double the active users later (Facebook’s active user base is a little over 1.5 billion people) and we can see that the figure is 3.5.

Along with the publication of these results Facebook gave a statement which said that: “This is a significant reflection of how closely connected the world has become. When people connect, powerful things happen and lives are changed.”

This is absolutely true, with the internet and especially mobile internet through smartphones and tablets rapidly spreading through less developed countries the world is truly becoming a smaller place.

Such figures and research also highlights the growth and the influence that Facebook has and quite likely smacks in the face of Twitter which has seen another drop in its share value on the basis of its lack of user growth.

The research obviously doesn’t highlight the quality of these connections, how does one truly describe a ‘Facebook friend’ as there is a clear definition between the social realm and the physical one? You may be able to know everyone else on Facebook by three and a half other Facebook users but are you likely to know those so-called ‘friends’ in your own list? Is the world becoming smaller as we become more connected or do we just collect clicks without interactions? This figure of 3.5 is so interesting to ponder simply because of how small it is. As that number decreases we will likely have to ponder the quality question again as one could end up paradoxically knowing everyone and no-one at the same time.

Facebook users can view their own ‘Degrees of Separation’by logging into Facebook and following the link on the Facebook blog. With the company targeting a staggering 5 billion active users by 2020 expect the figure of 3.5 to drop significantly.

On an end note, interestingly enough the website Six Degrees is commonly thought of to have been the first ever Social Network. It is, in fact, a precursor to Facebook, three or so networks before it. Irony beckons.