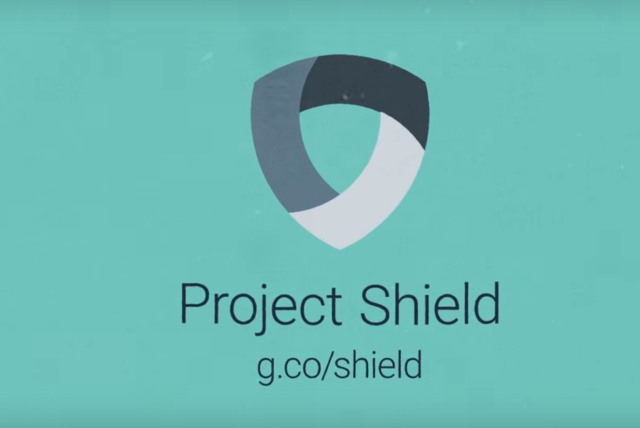 Google has announced that it is to increase the reach of its Project Shield service to cover more small and independent news outlets and non-profits. The move will help smaller news organisations protect their websites against Distributed Denial of Service (DDoS) attacks. Google’s Project Shield is available for free and so smaller organisations can rest in the knowledge that their news output is safe from attacks.

Denial of Service attacks are a common and relatively easy way to shut a website down. Essentially a user can send huge volumes of traffic to another user or website, overloading it and causing it to shut down. Google has highlighted news outlets as key organisations who may be vulnerable to such attacks which can go on for days shutting down a site’s effectiveness. Keeping news outlets open and telling the news is obviously vital in maintaining the freedom and integrity of the internet as a whole and so Google’s role here is vital.

As many industry onlookers have pointed out Google not only has the knowhow but the resources to implement a scheme such as Project Shield effectively and it is great news knowing that such a service is available for free to news outlets and content providers.

Jared Cohen, a key advisor to Alphabet (Google’s parent company) CEO Eric Schmidt has said that: “DDos attacks threaten free expression and access to information — two of Google’s core values. With this expansion, tens of thousands of news sites will have access to Project Shield. And because Project Shield is free, even the smallest independent news organizations will be able to continue their important work without the fear of being shut down.”

Google then is wholly serious in its crusade to protect the internet and those who populate it. While there is no set regulatory body or ‘internet police’ it is a good thing that one of the bigger guys on the playground have stepped up to the plate to stop cyber bullies.
Making the internet a better, safer place

Google’s mantra has is famously ‘Don’t be evil’. This mantra was set so simply and so bluntly in order to prevent the company from becoming the bloated corporation that other previously smaller tech firms had become. Over the years the ‘Don’t be evil’ mantra has been seriously challenged from within Google since it became the de facto global search engine with revenues in their billions. It is understandable that the news to make Project Shield free then has been met with some scepticism but it is a win-win for all parties in this circumstance. Google itself benefits from content and by allowing its users to find the best content for their needs. By protecting content providers like smaller news outlets Google is, in fact, protecting itself.

The nobility of Google’s aim however, should not be lost and by standing up and taking on the ‘internet policeman’ mantle Google has acknowledged its own responsibility due to its position in making the internet a better place for all.

A tip of the hat is due, even if it is in Google’s best interest to be that policeman it still has to go out there and do it and news outlets, especially smaller, independent ones in places where freedom of speech is not so sacrosanct can be grateful. So too can the rest of us.