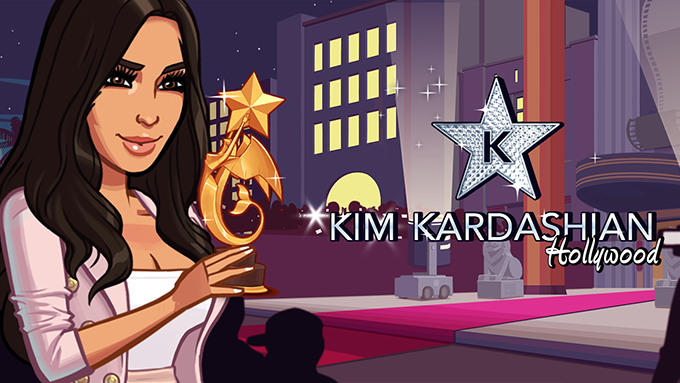 Part way through her multi-million dollar hit Blank Space, Taylor Swift asks the object of this particular song’s affection “Life’s a game, wanna play?” and now the singer, 26 is going to do it for real. This morning the team from Glu Mobile have revealed they are in the process of creating a Swift-inspired mobile app following the success of their other celebrity endorsed and focused apps such as Kim Kardashian: Hollywood.

We have seen over the past few years that games are clearly at the top of the list when it comes to app downloads so it does make sense for celebrities to get in on the action as it were. While the mobile gaming industry will always see its share of Flappy Birds, there will likely be a larger clamour for endorsement games from the likes of Swift, Kardashian, Katy Perry (even Jason Statham has got in on the act!) because of the potential revenues involved.

It’s all about the money

Kim Kardashian’s app is reported to have generated over £50 million in 2014 when it was launched, which can hardly be described as short change. You would think that with so many followers game producers could simply get away with a sub-par offering and the money would still flow. There have been plenty of celebrity or other franchise-style game tie-ins that have failed to live up to expectation but still sold plenty of units. But the team at Glu, to their credit seem pretty determined to offer a creative and authentic game experience. A representative from Glu Mobile has said of the Swift deal that: “We realize that Taylor and her global fan base expect a new and highly differentiated mobile gaming experience.” This at least shows that the company intend to create a playable game and not just a cash cow.

This brings us back to Flappy Birds, the addictive game that made a million dollars then was famously pulled from the app store by its creator. Such innovation and eccentricity is to be expected in creative fields but when it comes to paying the rent the figures still make grim reading with not all apps generating the income that developers want or need.

Does ‘yet another celebrity endorsement’ feel like a kick in the ribs for the little guy? Maybe yes, maybe no. A quick check of Glu Mobile’s roster of games for instance will reveal titles such as Tavern Quest alongside Khardashian’s game. You have to start somewhere and earning the right to develop a celebrity endorsed money spinner is what got Glu the gig in the first place.

What next for apps and games?

While celeb endorsements are always bound to happen there are a number of independent artists, app developers, creative studios, designers, coders etc. that are creating the quality, independent content that the industry really was built upon. For the fans of Taylor Swift they will get a game that promises to include “gameplay elements that utilize Taylor’s unique creativity.” While the independents will still fight strong.