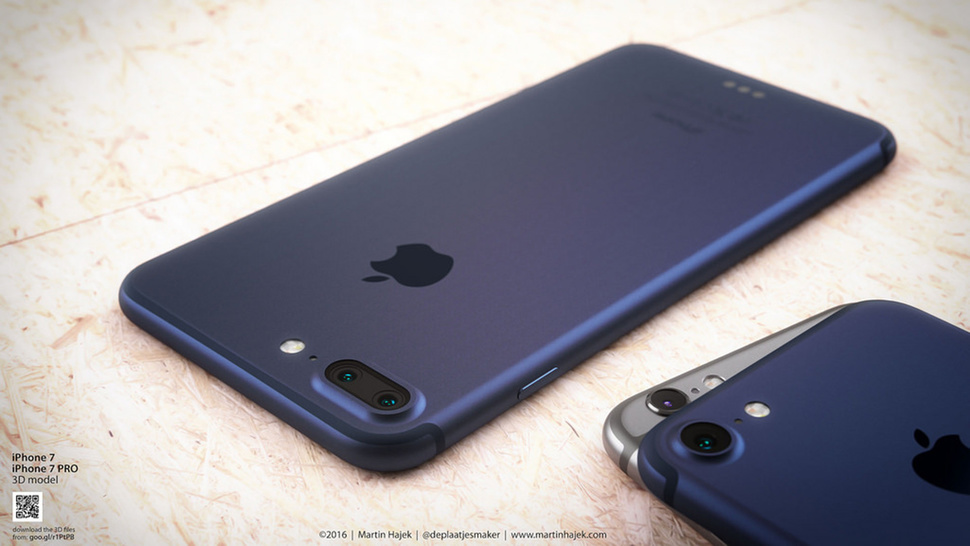 Today is a huge day for tech geeks like us. Apple are holding their annual launch event and will be revealing the widely anticipated iPhone 7.

It’s been a tough old year for Apple. Just last week they were hit with a monstrous tax bill, and sales of iPhones are gradually declining. However, the tech giants are in a good position after biggest rivals Samsung had to recall their flagship Note 7 last week when it started exploding.

Our app developers have been gossiping non-stop about what the new smartphone will include (no, we don’t have anything better to talk about) and we are excited to see what new features will be unveiled later on today.

Here’s a little roundup of the news, rumours and predictions circulating the internet. Is it 6pm yet?

Supposedly the new iPhone 7 will be of a similar size to the 6 and the 6s, which is a relief as any bigger and we may as well start calling it an iPad. The shape should remain the same but antenna lines will be moved around, making it look slightly neater than our current models.

It’s said that the 7 will be slimmer than the current 7.1mm-thick iPhone 6S. The thickness should reduce to between 6mm and 6.5mm, which is all very well but it does make it easier to drop.

The other issue with a reduced thickness is that it may make the battery even worse than what we currently have to deal with – although many are adamant that Apple can successfully reduce the thickness whilst also keeping our approximate 12 hours of battery life the same. It’s times like these that I start to miss my Nokia 3310 whose battery lasted for roughly 14 years.

If the rumours are to be believed, the price of the iPhone 7 will remain static at around £540, although nothing has been confirmed just yet. It’s not all bad news however, as the base model will now be 32GB of storage instead of the measly 16GB, which can store roughly 8 photos, 10 songs and 3 apps. Not ideal.

The top end will cost more but for around £700 you should be able to get a whopping 256GB which will be able to store 99% of our lives (because who actually communicates verbally anymore?)

Whilst the iPhone 7 is of course still wildly expensive, just think how cool you’ll look when you whip it out at tech events.

It’s rumoured that Apple will be using a dual-lens camera system in the iPhone 7 Plus and Pro. This will be made up a wide-angle camera and also a telephoto camera. This combination will offer post focus, 3D imaging and far more Instagram worthy photos of breakfast.

However, leaked pictures of the standard iPhone 7 show just a single camera lens but that doesn’t mean the tech won’t improve. It’s rumoured that the camera lens will be bigger to allow more light and will also come with a four LED flash, a pair of warm colour flashes alongside two more cooler colours.

For me personally, this is the feature that really excites me as I have lost count of the number of times I have dropped my iPhone in puddles/toilets/baths and, quite frankly, I am bored of putting it into a bowl of rice for 4 days then returning to the store pretending to be outraged.

The rumour stems from Japanese blog Mac Otakara, who correctly predicted the 4.7 inch iPhone 6 – so it’s definitely something to take seriously.

However, it seems Apple uses the term ‘waterproof’ in a different way to the Average Joe. Supposedly their screen supplier Japan Display has come up with a new technology which makes the screen easy to use with wet fingers. I wouldn’t necessarily say this is making the phone ‘waterproof’ but we’ll just have to see.

Perhaps the most disturbing rumour to reach us is that Apple will be removing the headphone jack. For socially awkward app developers such as us, the headphone jack solves a whole number of potentially uncomfortable situations. If all we have is little ear buds with no visible cable, then how will people know not to speak to us?

So it looks like tough times ahead but we’re remaining positive as it might be nice not to feel the monumental stress of spending 40 minutes trying to untangle a pair of headphones.

Earlier rumours suggested the headphone jack would be removed and we would all have to rely on Bluetooth headphones. However, another leak has suggested that we will have special Lightening connected Apple earbuds provided with the phone. We’re predicting a number of unhappy customers here, as it instantly makes our current headphones unusable. But it’s not all bad. as supposedly Apple may provide adapters with the iPhone 7, which is great because who doesn’t love connecting things to connect to things to connect?

It looks like there’s some trendy new colours on the horizon for the new iPhone. Predictions include new colour options to go alongside the current rose gold, gold and silver models. Some people predict the new colour to be ‘dark blue’ (thumbs up) but others think it’ll be ‘space black’ (thumbs down). As with everything, only time will tell and we are considering taking a long afternoon nap so 6pm comes quicker.