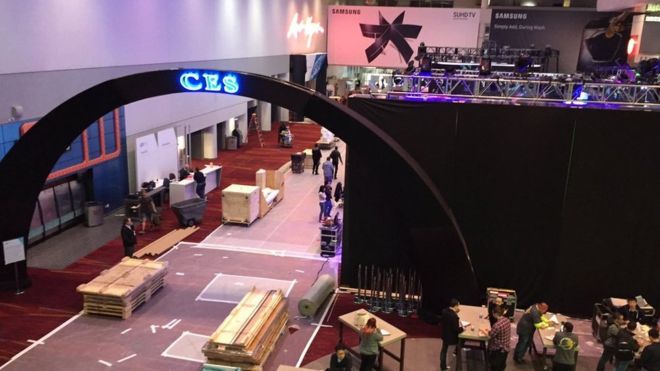 Well, we’re a little late for sure but we’ve been working hard over December and the holiday period to get our new site up and running. But, here it is and we’re sure that you will like our contemporary look and feel.

Take a browse round and see our latest case studies as well as know more about just who Borne actually is and how we operate as mobile app developers.

The site launch means that we’re back and ready to bring more industry news and insight in the tech and app industries too. Right now for instance, the annual CES Trade Show has begun in earnest with a number of new exciting industry announcements have already been made.

There has been news from both large and small players in the industry with plenty of surprises still to come.

We will take a look at some of the biggest announcements from the show so far.

A surprising announcement is that Netflix, the online streaming service has gone global with the platform now available in nearly every single country in the world. This has always been Netflix’s intention but representatives of the platform itself had previously raised concern of the platform’s ability to provide translated or subtitled content across so many languages. This is likely to come on a film by film/show by show basis and so some languages or territories may end up being behind others in terms of the language-focused content that will be available. That said though if enough consumers in each territory sign up for the service the speed that this dubbed or subtitled content will become available is likely to increase. The Netflix move is also likely to appeal to fans of foreign TV shows and films that rarely appear in other languages. Netflix has in effect become a portal for the international TV community. Seeing how this community will grow and be fostered will be something exciting to see. We have already seen many successful foreign language TV imports from The Tunnel (Originally in Danish and Swedish) to Jane the Virgin (Originally in Spanish). While those two examples were direct language re-makes this move may well see more translation become popular and encourage a new wave of TV show making away from its predominantly US base, which you feel may well be Netflix’s aim. We wish them luck and look forward to seeing how the platform evolves as it grows.

Oculus Rift has finally gone one sale. The much awaited Facebook-owned VR headset will ship from March this year with a RRP of £499 set. This is certainly on the steep side although it will come packaged with a couple of VR games for free. Oculus Rift has been on the minds of many tech heads for a number of years now, even before Facebook shelled out $2bn for the company in 2014. The fact that, nearly two years on, the headsets are going to be able to be used is a good thing and the great hope is that it will usher in a new era of how we consume our entertainment. Of course, there are more uses for the headsets than 3D immersive games and this is likely to be just the beginning with a range of apps and other software likely to follow with or shortly after the March 2016 launch. We wait patiently to see what happens.

Late last year BlackBerry released the Priv, its first ever non-Blackberry handset and this year as if to fully confirm the company’s move away from its own OS CEO John Chen has confirmed that all of the handsets it will release this year (likely one or two) will be released on Android only. So while this is not a complete ‘bye bye’ to the brand it is at least and admission, and a good one, by the brand of defeat in the OS wars. It can now concentrate its efforts on re-inventing and re-invigorating the great BlackBerry brand and being a true facet of the mobile world once more.

There were many more announcements that will be made over the coming days at CES and we will bring you them all with some more app focused news to be expected too.

Again a Happy New Year from all of us here at Borne.