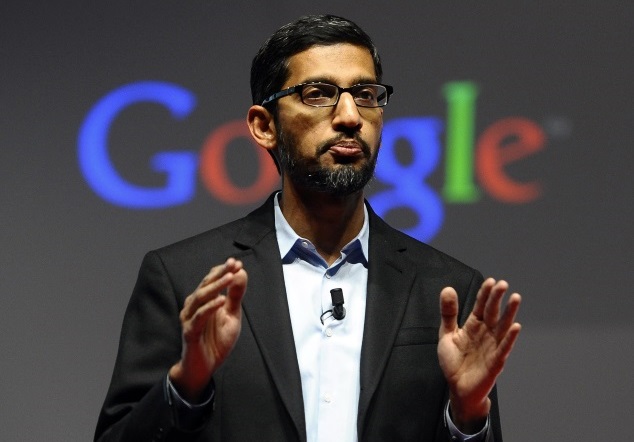 Every year Google publishes an annual letter to the world at large in which it highlights the state of the world according to all things Google and Google’s plans for the future. While other tech companies have their respective shows like Apple’s bi-annual release shows, Facebook’s developer conference or Microsoft’s Windows Expo Google likes to do things a little different. For a company whose bottom line is all about search a straightforward letter with words will do.

Only this time it was a little different.

Firstly, this was the first time Google’s annual letter was not penned (or at least signed) by founders Larry Page and Sergey Brin and was instead penned by Google CEO Sundar Pichai. Secondly, this time it was not all about search with the company’s foray into AI heavily featured as a prominent talking point.

It’s all about to change

It must be stated that while Google is and stil remains a search engine it has long since become just about search with projects like Android and Chrome as well as Google Docs, Gmail and more having had a lot of Google’s focus for many years. Also, it must also be remembered that Google isn’t Google anymore and that Google is a sub-brand of Alphabet. Google made it clear last year that the focus was shifting and it has stayed true to its word.

And the biggest words on anyone’s lips at the moment are Artificial Intelligence.

In the open letter Pinchai states that: “Looking to the future, the next big step will be for the very concept of the ‘device’ to fade away. Over time, the computer itself — whatever its form factor — will be an intelligent assistant helping you through your day. We will move from mobile first to an AI first world.”

Those are bold words for anybody reading this on a tablet, laptop or smartphone but what he means is that the ‘device’ as we know it as a singular entity with a primary purpose will cease to be just that. In the future it is entirely conceivable that a ‘device’ will be all encompassing and not so linear as they are now. With the fact that TVs, thermostats (Nest is also an Alphabet company), coffee machines and even your car can be controlled in some manner from your phone that prediction from Pinchai is not at all far-fetched.

The AI that Pinchai speaks on then is something more like an ‘everywhere assistant’ rather than a feature of a particular piece of hardware. Think like what JARVIS is to Iron Man except for everyone and with less laser beams.

What Google sees as the benefit of AI is the organisation of information and the ease and speed of its use. The word ‘information’ here can mean anything from programming a TV to record a show or searching for some facts on the internet. What we know and understand as ‘information’ is no longer as linear as it once was also.

For Google and for Pinchai and, in fact for many of today’s industry and though leaders their legacy will not be in their products but in the mark they leave upon society. Mark Zuckerberg is just one example of a tech ‘leader’ who is venturing outside of his original concept in order to deliver something more, in his case a free internet and also AI exploration.

For Google the legacy is information. As Pinchai puts it: “For us, technology is not about the devices or the products we build. Those aren’t the end-goals. Technology is a democratizing force, empowering people through information.”

The scope may well have changed since the early days of the internet but the ideas are no less grand. The second stage of the information age is most definitely upon us.

We look forward to being a part.