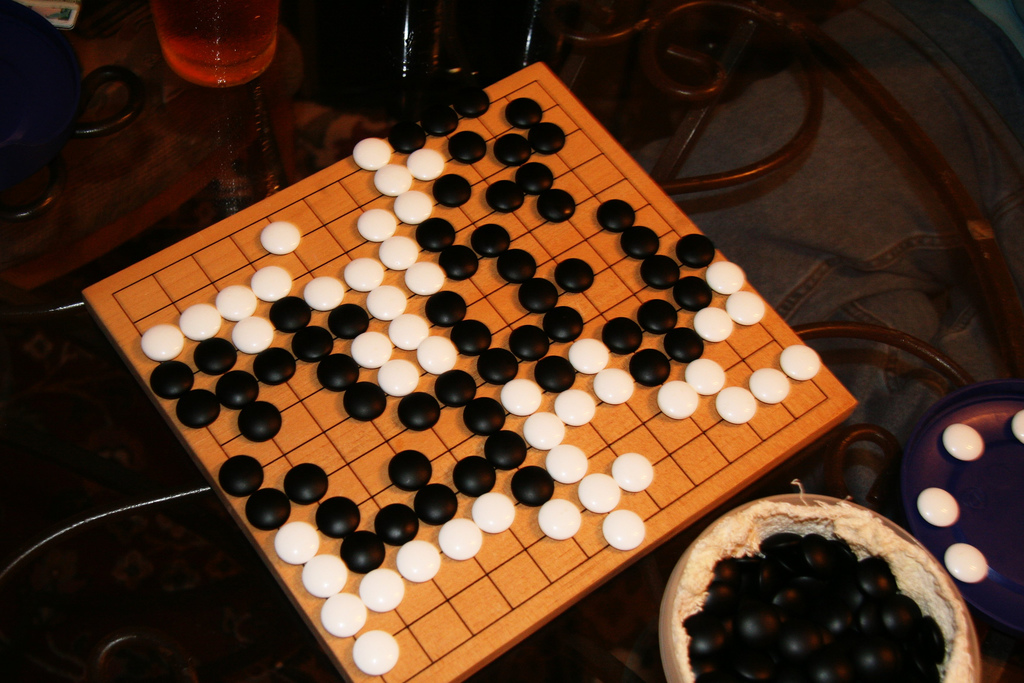 The ancient Chinese game of Go was supposed to be the holy grail of gaming AI…until yesterday.

Google shocked the AI world earlier this year by announcing that it’s DeepMind AI system had beaten a European champion at Go but yesterday in a best of 5 game against Korean World Champion Lee Sedol the AI won to build an unassailable 3-0 lead. It goes without saying that this marks a landmark moment for artificial intelligence technology and it surely won’t be long before we see artificial intelligence begin to be used in real world scenarios.

The humans fight back!

The 5-game tournament has been going on throughout the week with Alpha Go, the name given to the AI, making a number of surprising moves during the course of each match. The AI does not merely follow a number of possible patterns but it is actually ‘thinking’ of potential outcomes and adapting its tactics as the match unfolds. The AI utilises a number of different techniques in order to play the game as well as possible. This includes playing itself millions of times as well as studying previous Go games in order to strategize and be able to respond, in real time, as the game unfolds. Since beating a European Master 5-0 last October the AI would have played itself countless times, improving with each game.

During the week as it stormed to a 3-0 lead commentators have been somewhat surprised at a number of the moves that Alpha Go has made but the AI’s wins in the week have shown that the so-called surprise moves were part of an overall strategy.

It has not been all doom and gloom for humanity however as Sedol cleverly forced Alpha Go into making a mistake around move 78 but which was not noticed until move 87 by Alpha, a mistake it could not come back from. Google acknowledged the skill of Sedol in making the move, calling it ‘brilliant’.

The win, of course, has no bearing upon the actual outcome of the mini-tournament but it shows that human ingenuity can beat well drilled and well-programmed AI.

Sedol has acknowledged that he had underestimated just how ‘perfectly’ Alpha Go would play. This is hardly a surprise however considering the programming and the practice that has gone into the system. AI analysts have, for years, spoken of besting the game of Go as something of a Holy Grail of Artificial Intelligence. DeepMind’s achievement therefore is something to take notice of and is another feather in Google’s cap in terms of its legacy.

The fifth and final game is due to be played between Alpha Go and Sedol on Tuesday but history has already been made.

The future of Artificial Intelligence is a reality.