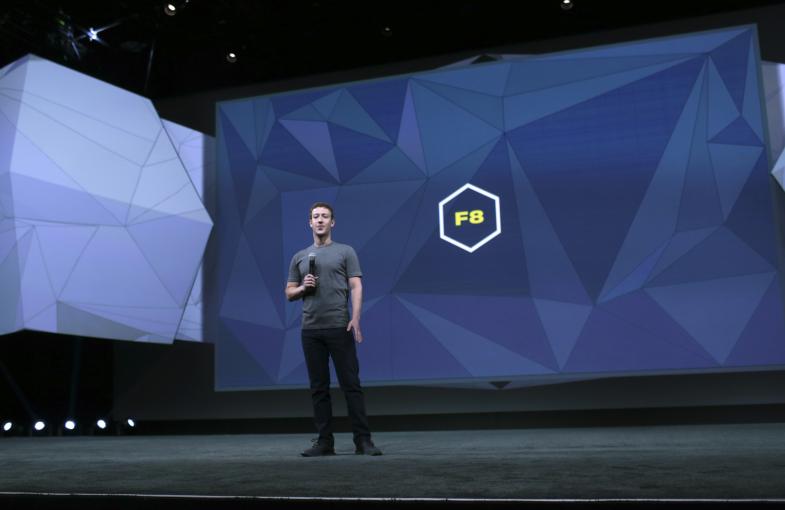 The Facebook developer conference was held this week with programmers, developers, engineers, media publishers and more all coming to see what Facebook has in store for the forthcoming year. While the conference is, ostensibly, a way for those involved with Facebook infrastructure to learn more about the development side of the Social Media platform it is also a chance for Facebook to announce news and this year’s conference did not disappoint.

We round up the best news of the week from F8.

More news on the News Feed

This piece of news is technically not part of F8 as it was announced a couple of days after the conference. Which is kind of odd as there was no real reason why it couldn’t have been a part of the conference itself although the news isn’t strictly for developers.

And that news is that the news feed itself is going to become more newsy. Yes, Facebook’s news feed will be as much about actual news as it will be about personal news. The feed is already in roll out mode and you will be able to see tabs for things such as World News, Sports and Food. The newsfeed will then change completely to give you the latest up-to-date news pieces in your chosen news section.

This is a great little feature and one which further cements Facebook’s reach into traditional media channels and pits Facebook directly against other similar news aggregators like Google and Twitter. This is the biggest change to the newsfeed since it was first introduced and has already received positive responses from users although it is acknowledged that the new newsfeed somewhat loses its personal touch.

Users can, of course, opt out of topics that don’t interest them and the new change only affects the newsfeed itself. Users can still interact with one another via messenger and their own Facebook pages but this new ‘Twitter-like’ news feed certainly changes the way in which Facebook will be used and clearly separates news and events from communication.

One of the biggest developer features to be announced at F8 was the introduction of bots into Facebook Messenger. This forward-thinking decision, and let’s face it bots look like being used more and more heavily in future, will enable developers to implement bots directly into messenger in a move that will help commerce.

Facebook rival Microsoft already highlighted the benefit of bots at its Build conference earlier this year and Facebook agrees with their importance. Bots will allow users to order flowers or a pizza right from Messenger instead of through traditional channels. We are slowly but surely seeing the end of the telephone call for many tasks.

Bots are not only great for commercial businesses but could also be a benefit for users requiring customer support and other services. The idea of bots is a great one and it is one which developers will be looking more closely at as a way to increase their business or service’s exposure.

The end of the shared screenshot

Well, perhaps it is not quite the end of the shared screenshot but Facebook developers have introduced a way to allow native sharing of quotes rather than having to resort to screenshots. Facebook unveiled this new development alongside Kindle so users can now highlight text directly from a Kindle book and simply ‘share to Facebook’. App developers too will be able to share text from their apps to users in this manner too.

While Mark Zuckerberg opened up the conference with a keynote speech on the dangers of closed communities (such as Trump’s wall across the border idea) the Facebook Developer Conference itself passed by on a more positive note.

There are great development features in Facebook itself and the company has progressed well in terms of research for 360 degree cameras and augmented reality glasses which is “where we’re trying to get to” in the words of Facebook’s CEO.

There clearly is more news to come from the company and, if the latest F8 conference is anything to go by, it is sure to be exciting news.