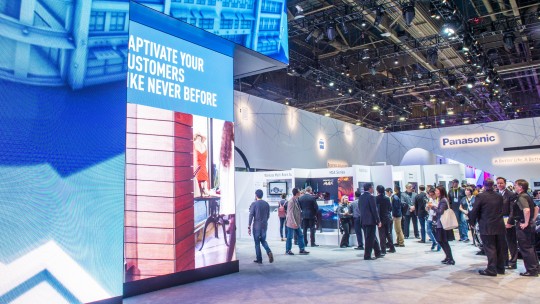 Last week we sent out our first blog posts of 2016 and looked at the initial big announcements from CES 2016 and today, you guessed it, we bring you more CES news such as several large Tech companies’ gripe with the British Parliament over the recent Investigatory Powers Bill.

CES is always a good way to start the year with the majority of the industry movers and shakers taking part with a trick or two up their sleeves in terms of announcements.

Without further ado then we delve into the ins and outs of the latter part event and what got people talking.

It goes without saying that smart watches are in at the moment. We are still in the relative infancy of wearable technology and, while AppleWatch is clearly the major player at the higher end of the market it still only caters to Apple customers. There is still a great swathe of the Android market (Android Wear) still to play for so it doesn’t really come as a surprise that Casio – well known for producing a range of generally low-cost technology products including watches, calculators and keyboards – have chosen to release a smart watch. What is a surprise is the angle that the company has chosen for its watch. And that angle is outdoors as in rugged camping scenarios, fishing expeditions, hiking, mountaineering etc. Casio’s smartwatch is built, almost exclusively, for the great outdoors with a suite of built-in apps to match it. That is also not to mention that the watch has been tested to US Military standard! Impressive from a company many of us may not have come into contact with since leaving school. Equally impressive is that the watch, the unfortunately named WSD-F10, is both a smartwatch and a regular digital watch which gives users a great power saving option when they don’t need to use the ‘smart’ capabilities of the watch. By building a watch and marketing it to such a niche audience Casio has given the watch a great shot at success. For users who love the outdoors and want a suitable smartwatch to match their passions this might just be the perfect fit.

Short on Groceries? Use an app

The simple fact is that the Internet of Things will change our lives, and likely for the better. One fine example of this from CES 2016 is a joint effort from MasterCard and Samsung in the form of a smart fridge which Samsung has called the Family Hub refrigerator. The fridge comes stocked (apologies for the pun) with three cameras which allow you to check in on the contents of your fridge right from your smartphone. Samsung have taken the idea of the fridge as a family hub to a greater level with a large 21.5” smart screen taking up the right hand side of the fridge itself. This allows access to those cameras meaning you can check inside the fridge without needing to open the door but it also allows the family to use the screen to record memos or use the built-in calendar functions. It is a neat way to retain the refrigerator as a focal point of family communication without the need for magnets and paper or Post-it notes. Additionally Samsung’s deal with MasterCard means that you can actually use the fridge or the app to order groceries. This is currently being trialed in the New York State area but expect a wider roll out in due course.

Perhaps the most interesting news from CES 2016 (Day 2) wasn’t a gadget, gizmo or a new app or software announcement but a joint petition from large tech companies like Google, Facebook, Apple, Yahoo, Microsoft and Twitter against the phrasing of the draft Investigatory Powers Bill which has been proposed by Parliament. In short and if passed the bill will give greater powers to the British authorities in terms of how they can collect people’s digital information and access their communications. This obviously has digital and internet firms’ worried and a spokesperson from the coalition of companies known as the Reform Government Surveillance has said that: “We reject any proposals that would require companies to deliberately weaken the security of their products via backdoors, forced decryption, or any other means.” They also have described many parts of the bill as “opaque” and seek further clarification and defined black and white areas for what governments can and cannot do.

Other companies such as Vodafone have submitted their own individual concerns and this is likely to be a continuation of the battle between internet businesses and governments in a world where so many grey areas exist.

And that was CES 2016, over in a flash but with many exciting announcements having been made across a wealth of different tech products, applications and software.

We will likely delve a little deeper into some of the announcements in due course.