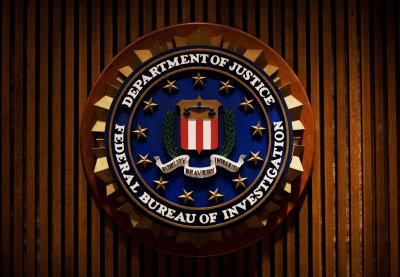 The Dark Knight, the second instalment in the Christian Bale Batman trilogy is perhaps best remembered by the performance of Heath Ledger as The Joker and his subsequent unintentional and tragic ending. There is, however, another scene in the film which should be remembered. This is the scene when Morgan Freeman’s character tenders his resignation to Christian Bale for going too far in spying on innocent Gotham citizens in order to track down The Joker. Ultimately, upon the successful outcome of the tracking technology Bale’s Batman destroys the tech, thus ensuring a positive (of sorts) outcome to the film.

Fast forward a second to reality and we have a situation where the FBI have asked Apple to create software which would allow them to see information on the San Bernadino gunman Syed Rizwan Farook’s iPhone which they deem to be of vital importance.

Apple has reportedly turned down the request with CEO Tim Cook saying that: “”We oppose this order, which has implications far beyond the legal case at hand.” The situation is eerily similar to The Dark Knight. Does Apple comply and break its privacy rules to help snare the villain or are rules sacred and not to be tampered with. Apple’s raison d’être is clearly the privacy of its customers and the security principles upon which it stands for. It is hard to believe that if Apple were to create this technology the FBI and the US government would simply press the self-destruct button on the software following the Farook case.

The situation then remains delicately poised.

This is the kind of debate philosophy students thrive on and are most likely debating in the classroom today. Gone is the figurative obese person on the train line from the infamous philosophical ‘Trolley Problem’ and instead we have a real-life gunman and the potential privacy of millions of Americans (and worldwide denizens). Does the gravity of one man’s crime make it okay to unlock (potentially) the iPhones of many an innocent person? Is this the FBI’s Trojan horse of sorts because surely they are the ones with the more immediate moral high ground here? Tim Cook seems to think not and has responded by stating that: “The US government has asked us for something we simply do not have, and something we consider too dangerous to create. They have asked us to build a backdoor to the iPhone.”

The phone in question is a now locked iPhone 5s and the issue is that without the correct passcode after 10 incorrect attempts the iPhone will wipe itself. This is a privacy/security feature installed by Apple on all iOS devices.

By creating software to remove this auto-wiping security services would have unlimited chances to be able to enter the iPhones of users in criminal cases such as this.

To Help or not?

Cook, in his highly emotive response to the FBI’s request has that they ‘support justice’ and ‘have worked hard to support the government’ on the case but said that Apple would not comply with the request. He said that, “We are challenging the FBI’s demands with the deepest respect for American democracy and a love of our country,” and added that “While we believe the FBI’s intentions are good, it would be wrong for the government to force us to build a backdoor into our products. And ultimately, we fear that this demand would undermine the very freedoms and liberty our government is meant to protect.”

His words are likely to resonate with users who still recall the recent NSA eavesdropping scandal as exposed by Edward Snowden. However the outcome of this particular case is far from clear cut and there are likely more twists, turns and outbursts to follow.