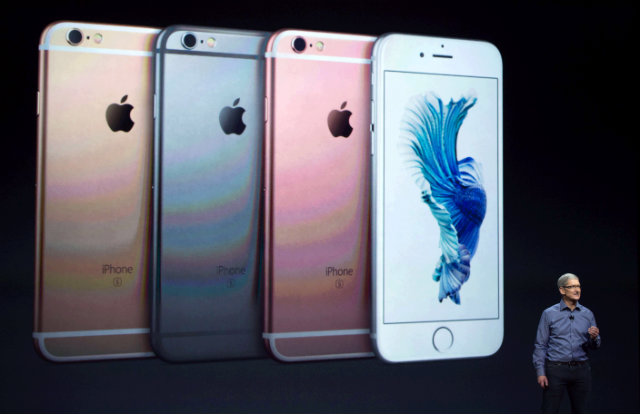 So thus begins the initial foray of a busy week for Apple. At the Apple event yesterday people were excited and even pleasantly surprised at the announcement (notably the cost) of the iPhone SE. And while, perhaps, the event was less dramatic or well, eventful, than other Apple announcements it was nevertheless most welcome.

We take a look at the big news from the latest Apple Event.

When Apple CEO Tim Cook announced that the iPhone SE was being put out at a price point of $399 the crowd broke out into applause and for good reason. This finally makes the iPhone an affordable luxury for the masses.

Let’s backtrack on that statement a second. So, you can have an iPhone that is affordable but they are usually two versions behind the current one and you still must be tied into a two year contract with a carrier. What the iPhone SE does is to bring that affordability with performance that actually matters which is why this was worthy of applause and then some.

In fact, according to Cook the iPhone SE will have the same performance as the iPhone 6s which would be double the speed, power and performance of the iPhone 5s or, as Apple preferred to describe it; the fastest four inch mobile phone ever.

Let’s backtrack again and look at the infamous catastrophe that was the iPhone 5c. This was supposed to be the phone that allowed Apple to be introduced as at a lower price point to attract the middle of the mobile phone market. The problem was the 5c just wasn’t that good and it wasn’t that cheap either, and was only marginally cheaper than the iPhone 5. As such, it was a failure but Apple has indeed learned from its mistakes with the SE.

Essentially, the SE has the same performance power of the iPhone 6s in the body of the iPhone 5s so you get a slightly thicker phone than perhaps you are used to with the iPhone 6 and above. But the SE isn’t necessarily for those people with a 6 or a 6s it is for those who either don’t have an iPhone and are looking for one with a lower price point or for those who don’t like, or don’t want or need a larger screen mobile phone (and there are many).

The long and short of it all is that the SE ticks a lot of boxes. It looks great with ‘classic (if you can call 2012 classic) iPhone design but with current iPhone performance and top it all off with an entry price of £359 and there is a lot to be happy for with this new phone that will surely fly off the shelves when it is available for purchase at the end of the month.

While the iPhone SE clearly took centre stage at the Apple event there were clearly other products on the agenda. The massive business-focused iPad pro has received a reduced-size companion product with the new iPad pro measuring 9.7 inches. This is welcome as the iPad pro was rather on the large size, even for business users. It will be the first iPad available in Apple’s rose gold colour and can be purchased from March 31.

Apple’s TV and iOS itself have received upgrades too. The Apple TV which received a big re-boot last year has received an upgrade which sees Siri functionality introduced to the system and iOS 9.3 has been launched too with various app updates and a Night Shift mode which changes the colour of your device’s display the later it gets in an attempt to improve sleep patterns.

The unsung hero award of the night certainly goes to Liam however. Liam is a robot which helps Apple protect the environment. What Liam does is to dissect old, unused and unloved iPhones into their component parts like Lithium in the batteries and silver in the camera and enable the resources to be re-used. Hopefully Apple will champion this a bit more and encourage users to re-cycle their unused phones to help the environment.

And that was pretty much it. Not the most eventful event that Apple has given but certainly not a bad one with a fantastic piece of kit announced in the form of the iPhone SE and some great innovation thrown into the event too.

With this promising to be a busy week for the Cupertino-based company you have to say that it hasn’t got off to a bad start at all.